Know Him, Or Know Of Him?

Acts 19:13-16 “A group of Jews was traveling from town to town casting out evil spirits. They tried to use the name of the Lord Jesus in their incantation, saying, “I command you in the name of Jesus, whom Paul preaches, to come out!” 14 Seven sons of Sceva, a leading priest, were doing this. 15 But one time when they tried it, the evil spirit replied, “I know Jesus, and I know Paul, but who are you?” 16 Then the man with the evil spirit leaped on them, overpowered them, and attacked them with such violence that they fled from the house, naked and battered.”

Fake It Till You Make It

I’ve never been a big fan of the statement, “Fake it till you make it.” To me, it’s a lazy or ill-planned attempt at trying to accomplish something with little planning or knowledge of the task. There’s something insincere and directionless about this. Saying that you’ll “wing it” until something productive comes out of what you are doing.

In Acts 19, 7 brothers were trying to wing it as they rode the wave of the Apostle Paul’s popularity. They were trying to cast out demons. It actually says they were having some success along the way. But they didn’t personally know Jesus. (v13)“I command you in the name of Jesus, whom Paul preaches, to come out!” They were trying to surf on the wave of someone else’s faith (Paul). But then they ran into an evil spirit who recognized their lack of power or personal faith, and literally, beat them up and drove them away.

Accross all our locations, amazing teams minister every day to broken and lost people. They are dedicated. Talented. They will do whatever it takes to come alongside someone that needs help. All of this will not produce quality results if we dont know Him. We consistently challenge ourselves and each other to know Jesus- to have a personal and active walk with Him.

We work inside a worldwide and recognized organization like Adult and Teen Challenge. It can become easy to just ride the wave of the faith of others that have gone before us. Or even just to ride the coat tales of our current leaders. Our enemy knows when we are not personally knowing and walking with Jesus each day. He will use the insincerty against us. Like the 7 brothers who were faking their way through their “ministry”, don’t you think that the father of lies and deception, Satan, can see through our hypocracy?

2 Chronicles 16:9 says, “The eyes of the Lord search the whole earth in order to strengthen those whose hearts are fully committed to him…”

We are promised that God will strengthen us if we are fully committed- not faking our way through.

In a world where a million voices speak to those that are hurting each day, we need to offer a solid, confident and fresh voice of truth. A voice that knows Jesus personally and daily.

Jesus, we don’t want to just know about you, we want to know you! Show us each day how to love you, serve you and speak about you in every platform that is given to us.

If you want to learn more about how you can come alongside Adult and Teen Challenge, visit our homepage. 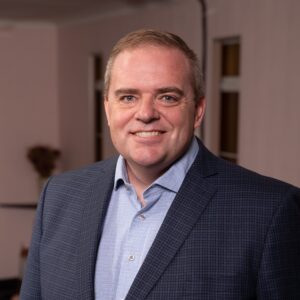 Rev. Terry Alan Thiessen is the Sr. Ministry Pastor for Adult & Teen Challenge of Central Canada. He loves linking the greater faith community with the ATC community, so that they can join forces to point a broken world to Jesus. He has been married to Sylvia for 23 years and they have one son, Dawson. He can be reached at terry@teenchallenge.tc.
PrevPreviousSurvive or Thrive?
NextThe Battle Of TimeNext
When I was introduced to crystal meth my life spiralled completely out of control and sadly this went on for years before I finally came to the end of myself and knew I needed help. I entered the Adult & Teen Challenge Manitoba Women’s Centre and everything changed. God met me there and showed me a new meaning and purpose for my life.

Ashley
Program Graduate
At age 13, I experimented with ecstasy, marijuana and alcohol. I felt worthless and hopeless and the next 17 years my drug use escalated into crack cocaine and fentanyl. I had been charged with many criminal offences and my lawyer told me about Adult & Teen Challenge. I was accepted to Thunder Bay men’s program and a month later I accepted Jesus Christ as my Lord and Saviour and was baptised. I have learned how God loves me and has a plan for my life, discovering my true identity in Christ. He healed me, giving me joy, peace and purpose.

Jason
Program Graduate
Before I entered the Adult & Teen Challenge program I used and sold drugs. I was a violent person and did things that landed me in jail. I believed I was coming to the end of myself with my only options being death by drugs, violence or spending the rest of my life in jail. But God had a different plan. During my last time in jail I committed the next year to ATC because of the love of my family and Robby Ahuja. Getting to know Jesus has changed my life. Slowly but surely he is growing inside me. I sing and I dance because He lives in my heart. Now I have love and forgiveness and am committed for life

Our mission is to provide communities, families and individuals freedom from the impact of life-controlling addictions.