Rev. Steven & Margaret Paulson have devoted their lives to providing others the opportunity to change theirs. In 1993, they founded the Central Canada chapter of Adult & Teen Challenge, where they served faithfully for 27 years.

Under Brother Steve’s leadership, Adult & Teen Challenge of Central Canada grew to include numerous inpatient and outpatient programs throughout the region, dedicated to helping put the hope of the gospel within reach of addicts and their families.

Brother Steve is an ordained minister with the Fellowship of Christian Assemblies, and a member of the executive council for Global Teen Challenge, where he serves as a regional director for Canada/North America. He provides mentorship to programs in Winnipeg, Brandon, Thunder Bay, Denare Beach, Abbotsford, Chilliwack & Kelowna.

Rev. Paulson has served on the board of governors at the Addictions Foundation of Manitoba (AFM) and currently serves on the board of trustees for Adult & Teen Challenge USA and as an advisory board member for Winnipeg’s Lighthouse Mission and Flin Flon’s Freedom Outreach. In 2012, he was awarded the prestigious Queen Elizabeth Diamond Jubilee Medal by the former federal justice minister for his work.

Brother Steve has been married to his wife Margaret since 1975. Together they have four children and six grandchildren, and make their home in Manitoba, Canada.

When I was introduced to crystal meth my life spiralled completely out of control and sadly this went on for years before I finally came to the end of myself and knew I needed help. I entered the Adult & Teen Challenge Manitoba Women’s Centre and everything changed. God met me there and showed me a new meaning and purpose for my life. 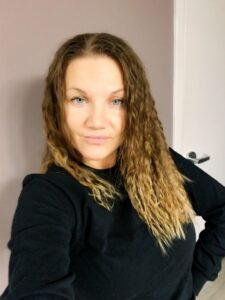 Ashley
Program Graduate
At age 13, I experimented with ecstasy, marijuana and alcohol. I felt worthless and hopeless and the next 17 years my drug use escalated into crack cocaine and fentanyl. I had been charged with many criminal offences and my lawyer told me about Adult & Teen Challenge. I was accepted to Thunder Bay men’s program and a month later I accepted Jesus Christ as my Lord and Saviour and was baptised. I have learned how God loves me and has a plan for my life, discovering my true identity in Christ. He healed me, giving me joy, peace and purpose. 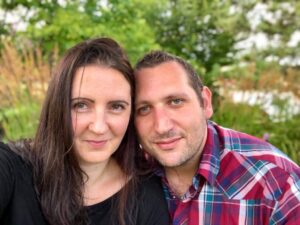 Jason
Program Graduate
Before I entered the Adult & Teen Challenge program I used and sold drugs. I was a violent person and did things that landed me in jail. I believed I was coming to the end of myself with my only options being death by drugs, violence or spending the rest of my life in jail. But God had a different plan. During my last time in jail I committed the next year to ATC because of the love of my family and Robby Ahuja. Getting to know Jesus has changed my life. Slowly but surely he is growing inside me. I sing and I dance because He lives in my heart. Now I have love and forgiveness and am committed for life 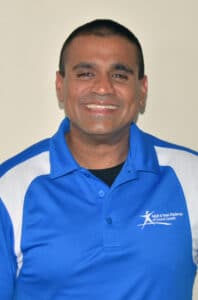 Our mission is to provide communities, families and individuals freedom from the impact of life-controlling addictions.